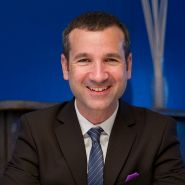 Dr. Javier Corrales, Dwight W. Morrow 1895 professor and chair of Political Science at Amherst College, wll speak an Instant Issues Online event on Why Populism is the Sugar Salt Fat in Our Politics: Examples from the US, Europe, and Latin America on Tuesday, June 30, 2020 at 12:15 PM. The event is free, but you must register online.

Javier Corrales's research focuses on democratization, presidential powers, democratic backsliding, political economy of development, ruling parties, the incumbent's advantage, foreign policies, and sexuality. He has published extensively on Latin America and the Caribbean. His latest book, Fixing Democracy: Why Constitutional Change Often Fails to Enhance Democracy in Latin America, was published by Oxford University Press in 2018. He is the co-author with Michael Penfold of Dragon in the Tropics: Venezuela and the Legacy of Hugo Chávez (Brookings Institution Press, 2015), now in its second edition; with Daniel Altschuler, The Promise of Participation: Experiments in Participatory Governance in Honduras and Guatemala (Palgrave/Macmillan 2013), and with Carlos A. Romero, U.S.-Venezuela Relations since the 1990s: Coping with Midlevel Security Threats (Routledge, 2013). He is also the co-editor with Mario Pecheny of The Politics of Sexuality in Latin America: A Reader on Lesbian, Gay, Bisexual, and Transgender Rights (University of Pittsburgh Press, 2010), and author of Presidents Without Parties: the Politics of Economic Reform in Argentina and Venezuela in the 1990s (Penn State University Press, 2002).