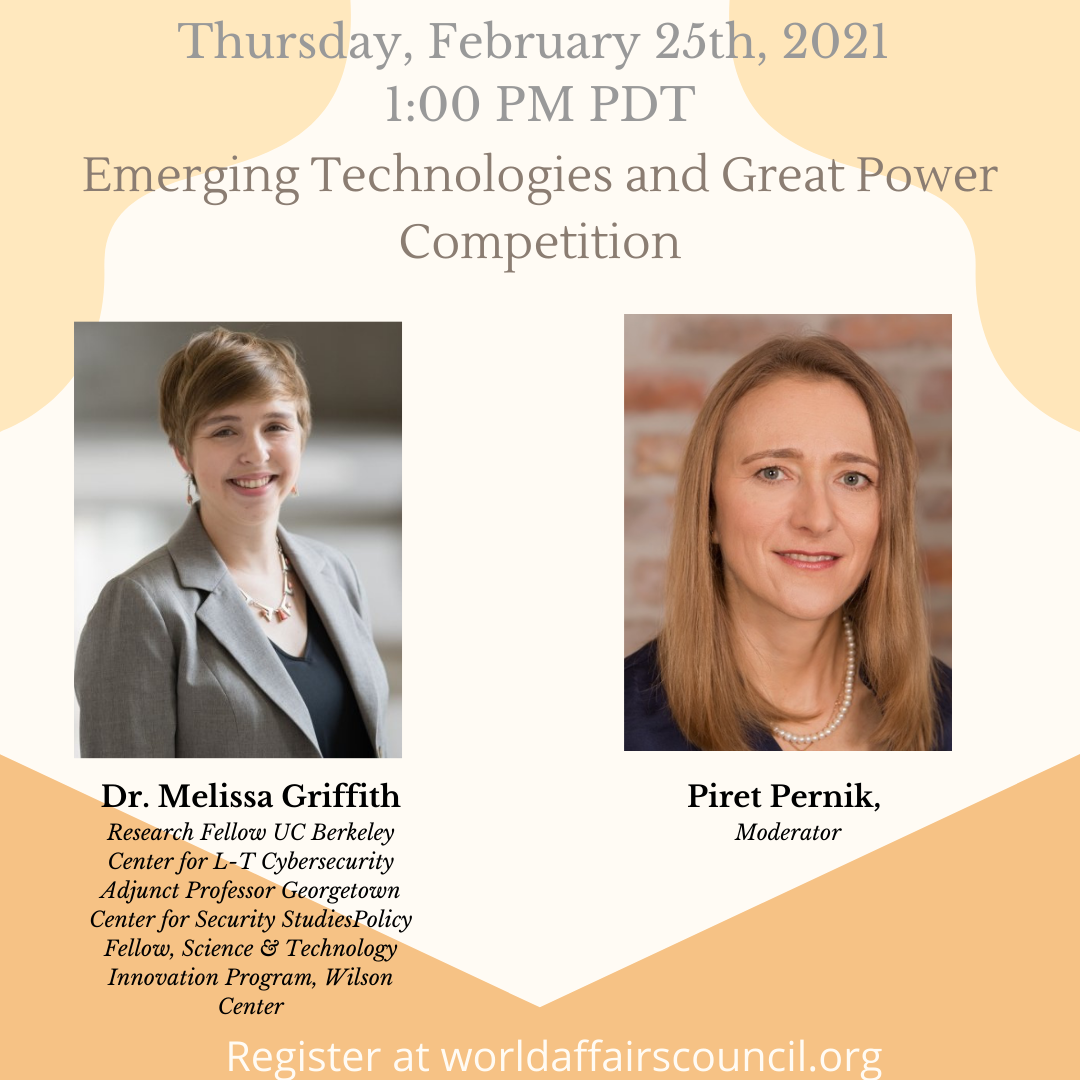 Dr. Melissa K. Griffith is a Public Policy Fellow at the Woodrow Wilson International Center for Scholars; a Non-Resident Research Fellow at the University of California, Berkeley’s Center for Long-Term Cybersecurity (CLTC); and an Adjunct Assistant Professor at Georgetown’s Center for Security Studies (CSS). She works at the intersection between technology and national security with a specialization in cybersecurity.

Griffith’s current book project investigates how relatively small countries, with limited resources, have become significant providers of national cyber-defense for their populations alongside far larger states such as the U.S. Her work sheds important light on the components and dynamics of cyber power and cyber conflict, as well as the vital role that public-private cooperation and both security and economic policy play in cyber-defense. Concurrent research projects examine (1) the security implications of 5G, (2) collective defense and resilience in cyberspace, (3) emerging technologies and great power competition, and (4) smaller states and power in international politics.

Piret Pernik is a Research Fellow at the International Centre for Defence and Security. Her research focuses on political and strategic aspects of cyber security. Before joining ICDS, she worked at the Policy Planning Department of the Estonian Ministry of Defence. In 2009–2012, she served as an adviser to the National Defence Committee of the Riigikogu (Estonian Parliament).

She has lectured on international relations in Estonia and has carried out sociological research projects at the institutes of Tallinn University. Piret has studied political science at the University of Tartu, and she holds a Master’s degree in Sociology from the Estonian Humanitarian Institute, the University of Tallinn; and a Master’s degree in International Relations and European Studies from Central European University in Budapest.