Much has changed in the world, but threats to our national security remain.  The potential causes are many and varied - cybersecurity, weapons proliferation, terrorism, climate change, and acts by other nations and non-state actors, to name a few.  What does the intelligence community need to guard against these threats, and what is reasonable to expect?  Join us to hear former Director of National Intelligence James Clapper share his thoughts on these topics.

Lt. Gen. Clapper (ret.) served from 2010 – 2017 as the Director of National Intelligence. In that position, he led the United States intelligence community and served as the principal intelligence advisor to the President.

Earlier, he directed the National Imagery and Mapping Agency (NIMA), transforming it into the National Geospatial-Intelligence Agency (NGA) as it is today. He also served as a consultant and advisor to Congress and to the Departments of Defense and Energy and as a member of a wide variety of government panels, boards, commissions, and advisory groups.

Clapper, who began his military career as a rifleman in the U.S. Marine Corps, served two combat tours during the Southeast Asia conflict and flew 73 combat support missions in EC-47s over Laos and Cambodia. He was Assistant Chief of Staff for Intelligence at U.S. Air Force Headquarters during Operations Desert Shield/Desert Storm and Director of Intelligence for three war-fighting commands: U.S. Forces Korea, Pacific Command, and Strategic Air Command. Following his retirement from military service in 1995, Clapper worked in the private sector for six years as an executive in three companies focused on services for the intelligence community. He was a member of the Downing Assessment Task Force that investigated the Khobar Towers bombing in 1996, and was vice chairman of a commission chaired by former Gov. Jim Gilmore of Virginia on the subject of homeland security.

Clapper earned a bachelor’s degree in government and politics from the University of Maryland, a master’s degree in political science from St. Mary’s University, San Antonio, Texas, and an honorary doctorate from the Joint Military Intelligence College. 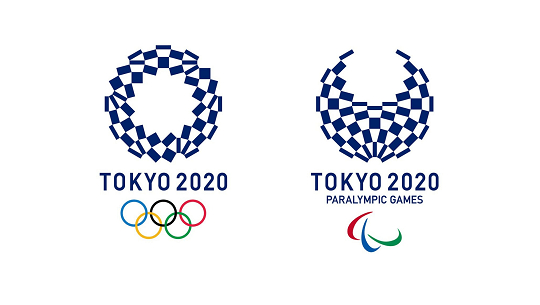 Many events, ranging from the COVID-19 pandemic, elections, civic unrest, and economic woes, are gripping the world today. It is hardly the first time the world has been tested, and certainly not the last, but the path forward will require solutions that recognize the realities of these situations.  With crisis comes opportunity. How will the world rebuild to meet the challenges of the twenty-first century?

Ambassador Kurt Volker is a leading expert in U.S. foreign and national security policy with some 30 years of experience in a variety of government, academic, and private sector capacities.  He served as U.S. Special Representative for Ukraine Negotiations from 2017 to 2019, and as U.S. Ambassador to NATO from 2008-2009.  Ambassador Volker is currently Managing Director, International, and Co-Chair of the Advisory Board at BGR Group, which provides government relations, public relations, and business advisory services to a wide array of clients.  He also serves on the advisory board of Augustus, an artificial intelligence start-up company, and has previously served as a Director of CG Funds Trust and the Wall Street Fund.

What is digital currency?  Is the ease of money transfer and decentralized structure a net positive?  Or does the technology facilitate illegal activities, such as money laundering and tax evasion?  Many experts believe that this technology has the potential to disrupt many industries, including finance and law. Join us to learn more about the current and changing world of money and digital currencies.

December 1 | Battlegrounds: The Fight to Defend the Free World

Across multiple administrations since the end of the Cold War, American foreign policy has been misconceived, inconsistent, and poorly implemented. As a result, America and the free world have fallen behind rivals in power and influence. Meanwhile threats to security, freedom, and prosperity, such as nuclear proliferation and jihadist terrorism have grown.

H. R. McMaster was the 26th assistant to the president for National Security Affairs. He served as a commissioned officer in the United States Army for thirty-four years before retiring as a Lieutenant General in June 2018.

From 2014 to 2017 McMaster designed the future army as the director of the Army Capabilities Integration Center and the deputy commanding general of the US Army Training and Doctrine Command (TRADOC). As commanding general of the Maneuver Center of Excellence at Fort Benning, he oversaw training and education for the Army’s infantry, armor, and cavalry force. His led soldiers and organizations in wartime including command of a multi-national task force in Kabul, Afghanistan; the 3rd Armored Cavalry Regiment in Iraq; and Eagle Troop, 2nd Armored Cavalry Regiment in Operation Desert Storm. McMaster also served overseas as advisor to the most senior commanders in the Middle East, Iraq, and Afghanistan.

McMaster was an assistant professor of history at the United States Military Academy from 1994 to 1996 where he taught undergraduate courses in military history and history of the Korean and Vietnam Wars. He also taught a graduate course on the history of military leadership for officers enrolled in the Columbia University MBA program.

He is author of the award-winning book, Dereliction of Duty: Lyndon Johnson, Robert McNamara, the Joint Chiefs of Staff and the Lies that Led to Vietnam and Battlegrounds: The Fight to Defend the Free World. He has published scores of essays, articles, and book reviews on leadership, history, and the future of warfare in many publications including Foreign Affairs, The Wall Street Journal, and The New York Times. He was a contributing editor for Survival: Global Politics and Strategy from 2010 to 2017.

Back to Member Listing

Find a member in your area: